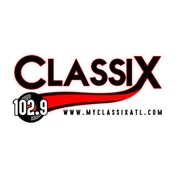 Classix 102.9 is an Urban Oldies radio station serving Atlanta. Owned and operated by Urban One.

i was in the atl at the end of october out and about,.happened to turn the radio on and i discovered this chanell, and i locked you guys in now i have your chanel playing with me all the time. im from gulfport,mississippi and i have turned several friends and family on to you and we want listen to nobody else but you. great station love your music,

Although this is a great radio station then Ricky's crew is wonderful.. I don't know who's not manning the controls in the morning.. but we hear the Westwood One operations check-in talking about receivers and all of that non-listener information...it repeats four or five times on some mornings. Who is not doing their job behind the scenes? This is not excellence. Someone needs to pay attention to what's going on early in the morning on these stations because here in Atlanta, someone is not doing their job.

Best radio station in the world

I usually listen to this station and the majority of my other stations through iheart radio and mytuner radio; however, I wanted to pay your station a compliment. The combination of songs played by Classix 102.9 and Classix 107.9 out of Philadelphia, PA are quintessentially speaking the epitome of Classic R and B at its best. I am not apologetic when I say the music of today does not hold a candle to all these great upbeat classics. This music will never get tiresome in my mind and in my heart. Some of the songs you play that I like the best are Everytime I close my eyes and Never keeping secrets by Babyface, Womack and Womack's Baby, I'm scared of you, Pebbles and Babyface's Love makes things happen and their song Always, Betty Wright's Tonight is the night parts 1 and 2, Try again by Champaign, Just be good to me by the SOS Band, Cutie Pie by One-Way, All at once by Whitney Houston, and last but not least, Ribbon in the sky and Knocks me off my feet by Stevie Wonder. Some songs I would like to hear more of are I've got my mind made up by Instant Funk and More bounce to the ounce, I want to be your man, and Doo Wah Ditty(Low that thing) by Zapp and Roger, We're going all the way and On the wings of love by Jeffrey Osborne, We've only just begun(the romance is not over) by Glenn Jones and Tighter, Tighter by Alive n' Kickin if you have it.