All news. All the time. 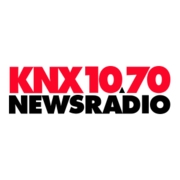 I enjoy listening to KNX very much. Hear all the news weather and traffic! Omg traffic is horrific at night. Didn't know so many drivers around the clock! Anyway, I enjoy KNX and will continue to do so!

I used to listen to KNX 1070 NewsRadio all the time, but ever since they have been owned and operated by Audacy, I have found that it's just not the same. All of their news reporting seems more biased than it used to be and there's a definite spin put on everything. What really gets me though is that there are always pre-recorded ads playing between stories, which makes for an incredibly annoying experience. I understand that advertising pays for content production but this is almost unbearable. And then there are all of these new podcasts hosted by people who don't seem to know what they're talking about half the time. It's really frustrating because you expect this kind of radio station to be professional and knowledgeable, but instead it feels like a lot of amateurish content with no real direction or focus. In short, I'm very disappointed in the way KNX 1070 NewsRadio has gone since being acquired by Audacy; it just isn't the quality news source that it used to be.

Used to rely on KNX1070 for immediate local (Southern CA) news related to work.
Now, its owned by Audacy which places too many ads and insipid pre-recorded material on NFT's by Cheryl Lazar...on Sumdays.
Very annoying.

KNX is great! Many, many Los Angeles and Southern California folks grew up with and depend on KNX for more than news traffic and weather. Like friends! Been a listener sine 1970. Thank you.

Been listening to KNX for about 55 years; always enjoyed it, and liked the sound of the voices of the various announcers. However, there are a few of the females who come on daily, who are rather new, whose voices and manner of speech irritates me beyond description, esp. N.T. Every time I hear her voice, or if the prior announcer says 'and now, NT will tell us about .....', off goes the radio---sometimes for an hour or more. We don't need those annoying 'teenage' kind of voices on your station.

Don't you guys do any kind of quality control with regard to your regulars? A few of them, men included, do not have a professional way of speaking; difficult to understand everything they say. I know many ordinary people who would be much more suitable to being a KNX newscaster than a few of yours.

But I can't be the only listener that changes the station or turns off the radio when that Cars For Kids song begins. It's been airing for years...it should be axed!!

Started listening to KNX at night when I was a kid in the mid 70’s. The old radio shows at 8 or 9 pm were fun to listen to before bed. Now I’m in my 50’s, I keep it on all night through Alexa…. A permanent fan!